The Baroness Blixen, whose life the movie Out Of Africa dramatized, stood politely fidgeting in the receiving line waiting to greet the new Governor of Kenya.

His VIP reception, which featured all the area’s prominent socialites, dragged on with bland predictability. But what the Baroness was planning to do … well, nobody could’ve predicted that.

Changing times hadn’t been kind to her. She once owned a massive coffee plantation, including tribal lands of the Kikuyu people, but lost it during the financial bust following World War I. 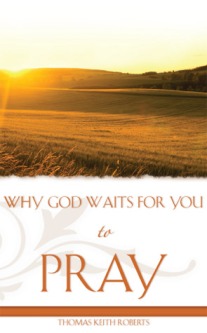 Certainly that loss stung her, but what really burned was the new owners’ attitude; they planned to throw the Kikuyu off their ancestral lands.

And this once-wealthy aristocrat had no money to buy back the land. She had no political clout and she found no sympathy when trying to work through government channels to help the Kikuyu.

Distraught, discredited and broke, she now saw the new Governor’s reception as a last chance, a shoestring tackle to save the people she loved. As the receiving line crept ahead slowly, she saw her opening.

The Baroness collapsed to her knees right in front of the Governor and began begging him to save the Kikuyu. Shocked onlookers tried to pull her away, but it was too late. She had ditched a lifetime of social correctness and “prayed” for the people who owned her heart.

She begged the Governor, “Please look into this matter! Please give me your word!” At that, the Governor’s wife stood. “You have my word,” she said.

Like a rose growing in a garbage dump, Baroness Blixen’s selfless love glistened in contrast to the empty social phoniness of her time. She really cared.

That quality – caring – is the golden heart of intercession; truly love on its knees.

-From Why God Waits For You To Pray – Chapter 13